Workin’ 9 to 5, for service and devotion

You would think I would deserve a fat promotion

I swear sometimes that man is out to get me!

In our 24-hour 7-day a week world, the days of only working 9-5 are long gone for many people. Today, the song lyrics should be sung “Working 24-7, for service and devotion.” Nonetheless, the frustration and futility of working are expressed quite nicely by Dolly Parton in this song and the movie that followed it.

Labor, work, job, occupation, profession, and career, all these words have one thing in common: unless you are independently wealthy, they provide a means to earn money to finance your life. Whether you like your job or hate it, for most people having it is essential to a successful life. Thus, when someone is removed or let go from a position, it is obviously financially devastating.  Often not considered though is the emotional toll that being rejected causes.  A great deal of our self-worth is tied up in our professions and our titles, so when we no longer have a position, it hurts more than our pocketbooks; it also hurts our hearts.

Sadly this week, several of my acquaintances have found themselves in such a position.  As I commiserated with their dilemmas, I was struck by the language we used to discuss the situation. English provides many linguistic ways to soften the blow of getting fired. While I hope you never have to apply these idiomatic phrases to your own circumstances, it is important to have them in your vocabulary repertoire.

Most of the idioms for losing a job are passive in nature. Even the most famous phrase made popular by the current President of the United States when he was a reality show host on “The Apprentice,”  “You’re Fired!” is grammatically passive as it says you are fired by me.  However, it is rather harsh in tone as well as indicates action on the part of the employer. Here are some of the softer idiomatic phrases to express being dimissed from a job. 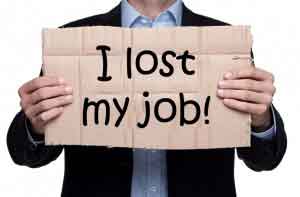 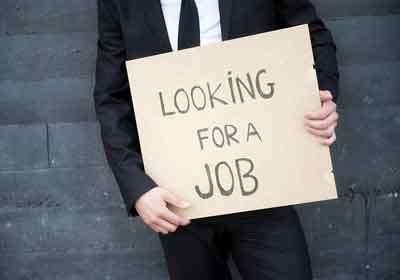 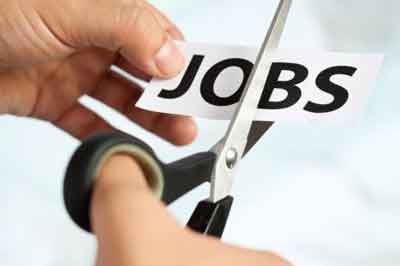 To lose a job means someone, usually a boss, took it away from you. It is probably the commonly used expression for this situation.

Be Laid Off or Let Go

To be laid off or let go are both much more soothing phrases to use when you have lost your job. Idiomatically, both mean that you have been fired or removed from a position.  Usually, both are used in the passive voice with the “be” verb. So, you might say “My wife was let go from her job this week” or “my husband has been laid off from his job, and we don’t know what we are going to do.”

However, both verbs have other more general meanings as well.

Lay off means to stop an action. Thus you could say “if I don’t lay off drinking coffee, I will never get to sleep tonight.”

Let go of means to release something, often negative, from your life. Thus you could say, “If I don’t let go of this anger, I will never move on with my life.”

There are various other terms used with the verb “get” that mean to be fired from a job. Here are a few of the most idiomatic and possibly confusing.  All three mean exactly the same thing: to be dismissed from a job. 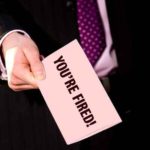 Get a Pink Slip 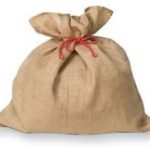 You would say, I got the sack or the ax at my job. I got a pink slip from my job. Note that the preposition changes from “at my job” with the sack and ax to “from my job”  with a pink slip. Don’t you just love English!

I myself have lost jobs from time to time throughout my life. It is a painful experience for sure. At least now, if you find yourself in the adverse situation of being jobless, you will at least have some language to talk about it!