Wipe the slate clean (or start with a clean slate)

History: Back in the days before tablets and the internet, in the 14th century students wrote in class on slate boards (preview to the chalk board, preview to the white board, preview to today’s technology!) with chalk. At the end of the lesson they would “wipe the slate clean” to have a new fresh canvas on which to learn.

Turn over a new leaf

History: Moving forward in history to the 16th century, the pages in a book were called leaves. Thus, in the classroom, when a student was starting a new blank page in a workbook, she would “turn over a new leaf.” 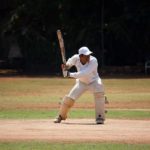 History: Since the 18th century, the term “scratch” has been associated with various sports, some of which has lines in the playing field. One of these sports is the British sport of cricket. Similarly in boxing and track there may have been scratch lines. Starting at the line or the beginning was to “start from scratch.”

Current Usage: Start at the beginning often with few resources.

Back to the drawing board

History: Moving forward again in time to the 20th century, the artist Peter Arno in the New Yorker created the first known usage of this phrase in a cartoon. Paper drawing boards or blueprints were used (and still are but are mostly digital today) and when a design failed, one would have to go back to those original plans to reassess, fix, or start anew.

Back to square one-

History: Back before Hatchanimals and Xboxes, in the 20th century children played outside with fewer toys. One game, hopscotch, was played by drawing numbered squares, throwing a stone and then jumping on the squares without the stone. To start over, you would return to square one.

All of these idioms can be similarly used to show starting anew. For example, I haven’t been that successful with my exercise program but in 2017, I will wipe the slate clean.  I haven’t been able to lose the weight that I’d like to, so it’s back to square one for me! In 2017, I’ll get it right! I have to go back to the drawing board to figure out a new exercise routine. Luckily, I don’t have to start from scratch as I already have gym membership. Now, I just have to turn over a new leaf and go regularly!

I used many sources to look up the history of the phrases, but one was particularly good and you might use it in the future for your own idiomatic queries.

Try out these idioms for yourself in your own conversation in the weeks ahead!